We’re currently on a road trip to Illinois to visit some family in Woodstock, including my wife’s 95 year old Aunt Shirley, and I have a couple of gigs in North Platte, Nebraska, along the way.

Last Wednesday, July 31, I played a solo acoustic rock gig in the back of Pals Brewing Company’s two acre lot and it was a blast! They had a cornhole tournament, volleyball games, a lot of tables for guests and gorgeous views! Their pizza and beer is always awesome and we had their July specials Jalapeno Popper Pizza and Exploding Apricot Wheat Beer. The owner Paul (Pal) and the staff is awesome and we met so many great people. If you ever get to North Platte off of I-80 you should stop by and tell them Paul Lechner sent you!

Fort Cody in North Platte, Nebraska, has a Thursday Night Summer Concert Series. I’ll be headlining the last one of their 2019 series on Thursday, August 8, from 7:00 – 9:00 p.m. playing solo acoustic rock. The local opener from 6 – 7 p.m. will be Big Daddy B and The Wrecking Machine featuring friends Nate, Andrea and Rob! The show is only $5 with kids 12 and under free and food and beverages are available for purchase. Bring your lawn chairs and it is dog-friendly. Share with your Nebraska friends and family!

Tommy Bolin is one of my favorite musicians! He was born in Sioux City, Iowa, but got his start in Colorado, and this year will be inducted into the Colorado Music Hall of Fame. He was the guitarist for Zephyr, The James Gang and Deep Purple as well as recording solo albums. At the age of 25, he tragically died while starting a tour with Jeff Beck. He will be greatly missed by the music industry and his many fans. 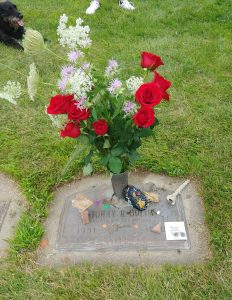 On our way to Illinois, we stopped in Sioux City, Iowa, to visit his grave. On his birthday of August 1, we searched the Calvary Cemetery for his plot to pay respects and leave some roses and guitar picks, but were unable to locate it before the cemetery closed. Returning the next day, we arrived at the same time as a group of many other Tommy Bolin fans, leaving their flowers, trinkets, sage and memories at his grave site. We made new friends and anticipate coming back next year and participate in their tribute open jam.

Mid-August we plan to spend a few days camping in the beautiful mountains of Summit County, Colorado. In addition to fishing and sightseeing with our dog, we will be stopping into some music venues in Dillon, Silverthorne, Frisco and Breckenridge in anticipation of booking some future gigs. I am very appreciative of the venues and contact information that were given to me check on, and welcome any more that you may want to via email at PaulLechnerMusic@gmail.com.

After returning from some August road trips I will have three public solo acoustic rock gigs in a row in South Metro Denver:

Saturday, August 24, 7:00 – 10:00 p.m. at Grist Brewing Company, 9535 Park Meadows Drive Unit F in Lone Tree, Colorado. Grist’s primary goal is to bring great beer and a cool place to drink it to our community. Grist Brewery in Lone Tree is both family-friendly and dog-friendly.

Check my calendar for more information and to find newly added dates. 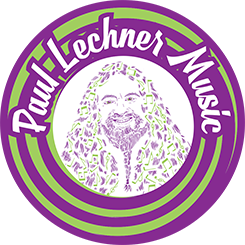 “Went for a beer and burger, enjoyed the best rock and roll of my generation in years. Thank you for your talent and my walk down memory lane of my generation. Although no one would want me to sing I found myself singing every song with great nostalgia. I will find Paul in the future.”
– Michelle

“Paul is an amazing musician! He’s played at [Lone Tree Brewing Company] for over 6 years and has created a large following. His creative style and musical repertoire is incredible! I can promise you will not be disappointed!”
– John Winter

We hired Paul to play our wedding and he absolutely killed it! He was completely professional, working with us on what we wanted to hear at the reception, and he even went out of his way to learn a specific song for the father / daughter dance. Everybody raved about how great he was throughout the reception, including my father-in-law, who had been skeptical of a solo / acoustic act and had been pushing for a traditional wedding DJ! Hire this man for your parties. You won’t be disappointed!
– Joshua